Do you have a “Longitude Problem”?

In the 16th Century, “Longitude Problem” became a major focus for many governments in Europe when people began making transoceanic voyages. While latitude could be accurately measured at sea and out of the sight of land, longitude could not. Thus various parliamentary acts and prizes were announced to whoever could solve the problem.  The assumption was the problem would be solved by astronomical theory derived from the hallowed halls of the Royal Society.

It was in fact solved by a Yorkshire carpenter who didn’t look “up there” for a solution but focused on the underlying causes of the inaccuracies of current methods and incrementally found an accurate measure to solve the issues once and for all.

As with any good story, there is plenty of drama and scandal (and yes, there is a movie) – but here are the analogies

Most big problems are not solved by the CEO with a top down solution derived from meetings in the boardroom.  In fact it takes hands-on time in the trenches and commitment to finding a solution. Hence our commitment to Longitude Problems.

This story speaks Longitude Consulting’s philosophy of supporting their clients in navigating change in a hands on and practical way.

There is one more thing…

His name was John Harrison and while there is no proven link between that he and company founder Jill Harrison, it does make for a good story given that Jill is also a passionate woodworker and John Harrison, a carpenter.

Another fun fact – Captain Cook used Harrison’s H4 chronometer on his journey to the Pacific and to New Zealand 1772–1775. 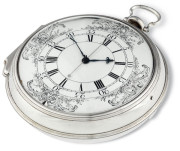